Showing posts from January, 2014
Show all

I almost didn't read  A Hundred Horses  by  Sarah Lean . For a glimpse into my decision making process when it comes to choosing a book for review, scroll down. But first,  A Hundred Horses .  When we first meet narrator, eleven-year-old Nell Green, she is at an after school drama program and in trouble for trying to repair a string of lights on her own. Things go from bad to worse for Nell when her mother tells her that she'll be spending the two weeks of her Spring vacation in the country with her Aunt Liv and her little cousins she has never met. Sad and lonely, Nell feels like she has no say over her over scheduled life. Maybe that's why, when she discovers the mechanical carousel that her father built for her shortly before he left, never to be heard from again, in an old brown suitcase, she secrets it with her to Aunt Liv's. But, whatever Nell hoped to hang onto for herself is gone in a flash when a galloping horse and mysterious rider startle her
Post a Comment
Read more

The Fault in Our Stars, written by John Green, 313 pp, AND This Star Won't Go Out by Esther Earl, Lori Earl and Wayne Earl, 384 pp 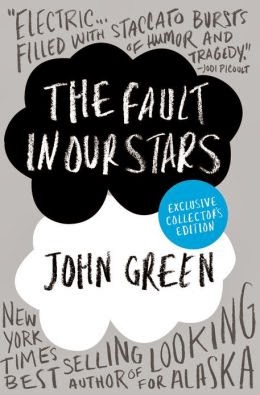 I am reposting my review from January of 2012 because today, January 28, 2014, marks the publication of  This Star Won't Go Out  by Esther Earl, Lori Earl and Wayne Earl. For those of you who don't know,  The Fault in Our Stars  is dedicated to Esther Grace Earl, who died of thyroid cancer in 2010 at the age of 16. Please scroll to the bottom to read about this remarkable young woman and the journals, fiction, letters, sketches and family photographs as well as essays and commentary from friends, a journal of her illness kept by her parents and an introduction by John Green that make up this amazing book. In John Green's newest book, The Fault in Our Stars , the title taken from Shakespeare's Julius Caesar (The fault, dear Brutus, is not in our stars / But in ourselves) the main character Hazel Grace Lancaster shares that the only thing worse than being a kid with cancer is having a kid with cancer. As a mother, I struggled to read this book and I thou
2 comments
Read more

ALA Awards for 2014 - The Newbery, the Caldecott and more: Kate Di Camillo and Brian Floca take top honors!