Showing posts from April, 2015
Show all

If You Plant a Seed by Kadir Nelson 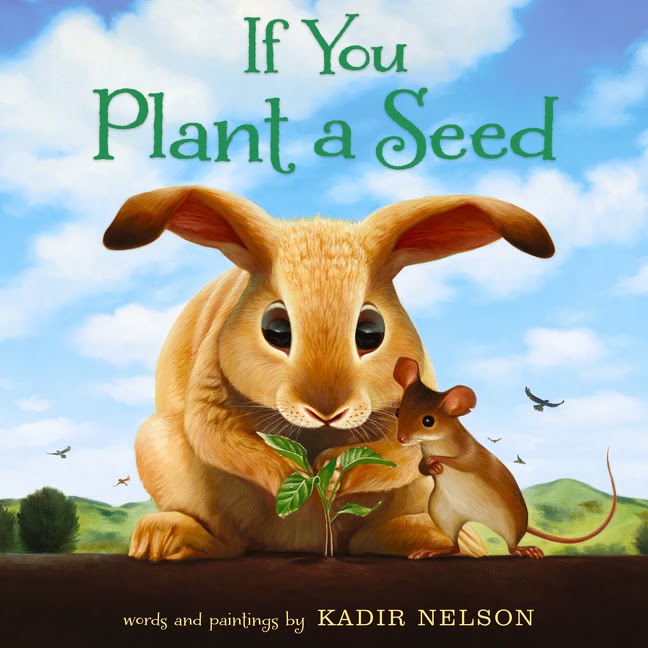 I am very embarrassed to say that this is the first book by   Kadir Nelson I have reviewed here. Nelson is an award winning artist who's work can be seen on postage stamps and New Yorker covers. Nelson has also won many awards for the children's books he has illustrated and written. His authorial debut, We Are the Ship: The Story of Negro League Baseball won the Seibert Award, the Coretta Scott King Award for Authors and the Coretta Scott King Honor for Illustrators.  Nelson has illustrated books about Martin Luther King Jr., Coretta Scott King, Nelson Mandela, Joe Lewis, Duke Ellington, Harriet Tubman and Michael Jordan. He has illustrated picture books written by Will Smith and Spike Lee. And, while the message of Nelson's newest picture book,  If You Plant a Seed , is as serious as any other he has covered, it is also beautifully simple in its presentation. On top of it all,  If You Plant a Seed  is one of those rare picture books with a message that not overtl
Post a Comment
Read more

The Maine Coon's Haiku and Other Poems for Cat Lovers by Mihcael J. Rosen, illustrated by Lee White 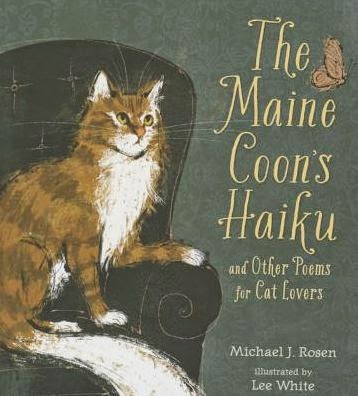 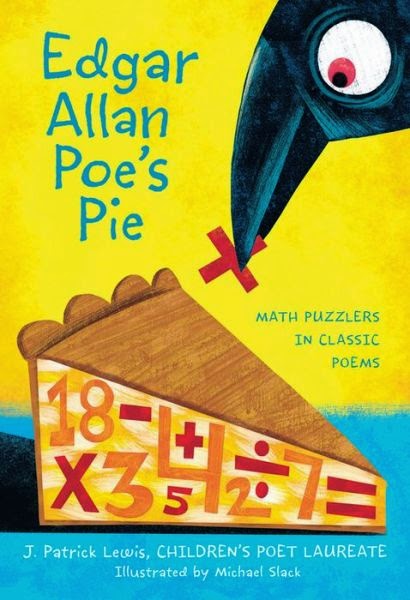 J. Patrick Lewis , former U.S. Children's Poet Laureate and author of  Take Two! A Celebration of Twins and World Rat Day: Poems About Real Holidays You've Never Heard Of , among many others, had written Edgar Allan Poe's Pie: Math Puzzlers in Classic Poems , illustrated by Michael Slack. In  Edgar Allan Poe's Pie: Math Puzzlers in Classic Poems , not only does Lewis parody poems by greats like Poe, Whitman, Edward Lear, William Carlos Williams, Langston Hughes and Shel Silverstein, but he weaves in math problems! There is even a Who's Who of the poets parodied with brief biographies. Lewis does a great job of following the rhyme and structure of the original poems, Silverstein's being a perfect example. Written in the style of,  Boa Constrictor , a girl is being eaten by a hippopotamus. Eating 4% of the narrator at a time, the math problem asks how many bites will it take? Fractions, percentages, decimals, money and area, along with addi
Post a Comment
Read more 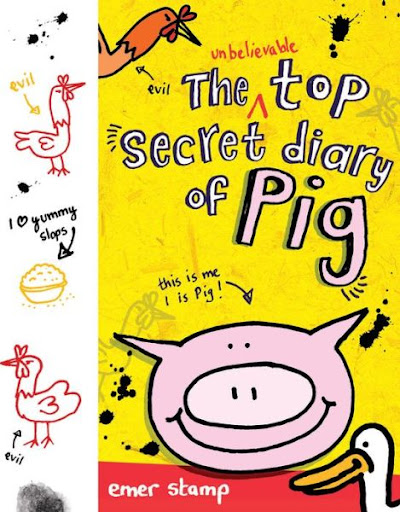 The farmyard humor in The Unbelievable Top Secret Diary of Pig by Emer Stamp made me laugh out loud the way that watching any episode of Shuan the Sheep does and the potty humor made me laugh out loud the way any kind of fart in general does. While I am definitely embarrassed to admit that farts and fart jokes still crack me up, I think that I am not alone in this. I also think that there is a right way and a wrong way to employ (deploy?) fart humor and, among many other fantastic things, Emer Stamp uses her fart humor in just the right way in her debut novel, The Unbelievable Top Secret Diary of Pig . When Pig finds a "little book and a chewed old pen" in the garbage heap, he begins keeping a diary, written in Pig and the smelly story begins! One aspect of The Unbelievable Top Secret Diary of Pig that, like laughing at fart jokes, is a bit embarrassing for me to admit I find funny, is the faux bad grammar that is a result of Pig writing in Pig language. It
Post a Comment
Read more 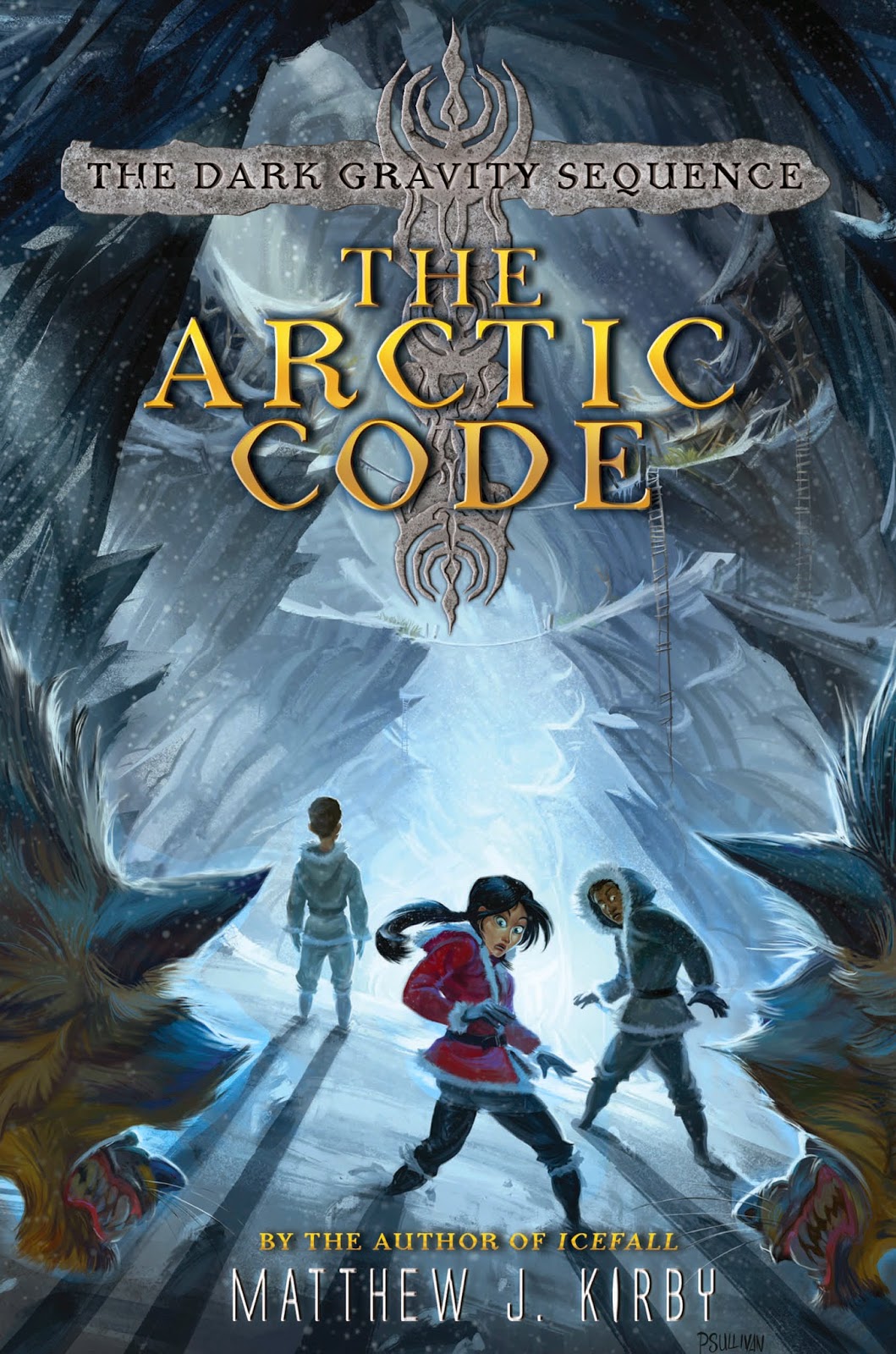 Matthew J. Kirby is the author of Icefall , a tense mystery set in the Viking Age on an isolated, barren fjord in a small shelter that sits beneath a looming glacier. Danger comes from within and without, but the narrator Solveig, the middle child of the king, is a believable hero with a compelling voice.  I loved  Icefall  so much I couldn't wait to read a new book from Kirby that revisited a frozen world. The Arctic Code , the first book in the Dark Gravity Sequence , is set in a future world that was plunged into a new Ice Age some ten years earlier. An an ice sheet, miles thick, has been moving south from the Arctic at a rate of 2.7 feet a day in the United States. A mass migration south has resulted in overcrowding in cities like Phoenix, once arid, now experiencing sub-zero days. I especially appreciated the irony of refugee Canadians and Americans hoping for a chance to cross the border into Mexico, where their president promises billions in aid to America. On top of
2 comments
Read more

Inside this Book (are three books). by Barney Saltzberg 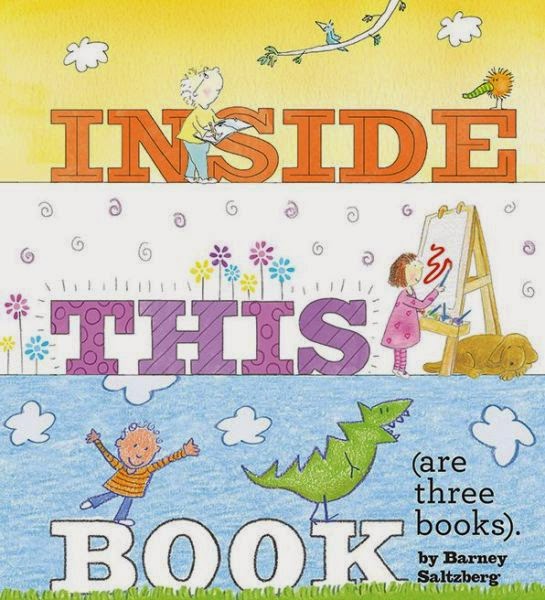 Inside this Book (are three books). is yet another   book with brilliant paper engineering from the master of picture books that playfully inspire creativity, Barney Saltzberg . When I was a kid there wasn't much more exciting than blank pages folded in half and stapled to make a book, and I have students in the library doing this every day. In fact, there is a really neat way to fold a single piece of paper to make an 8 page book and I've included a video at the very bottom of this review.  Inside this Book (are three books).  is narrated by Seymour, the oldest of three siblings. His mother has made three blank books and the siblings have created and illustrated stories in them. As the title indicates, all three of these books are included between the covers, each one a bit smaller than the first, so that it feels like you are reading the actual book each child wrote. But watch Saltzberg's fantastic book trailer below to get a real feel for just how beautifully
Post a Comment
Read more
More posts